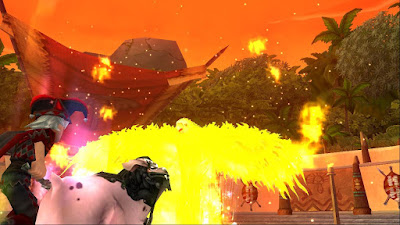 There are a total of 24 critters that drop Phoenix. However, like we saw last month with Triton a lot of them are one time only quest bosses that you can't farm. I don't really bother getting information on the dudes we can't hunt. I do have a couple on accident though. I show 14 creatures that you can hunt down for this card - and I'm pretty sure that I have all of the repeatable bosses - and some that aren't. Sorry, deal with it. Fairly sure they are marked on their creature page if they cannot be hunted. There are 2 diferent places that will make good hunting grounds for you.

Even if you don't personally own a Winterbane Hall housing instance you can often find one through - uh - that place in The Commons that let's you go to other people's houses. I'm SO blanking on the name of that place. Castle Tours! That place! Whew! That hurt! Seriously! You have a couple of options with Winterbane but it seems that you most likely want to shoot for Tiers 1-3 which would be wizards under level 60 I believe. You only need one wizard that level for the dungeon to set itself to the desired tier.

If you're not familiar with Winterbane Hall those grendels that you first encounter, they could give you a Phoenix Treasure card at either tier. Click the links below to see what else they can drop:

The second battle - that you CAN avoid but might not want to - Grendel Anguisher (Tier 2) definitely have a chance of doing so. The other tiers haven't been reported as doing so, but that doesn't necessarily mean that they don't. Just that it hasn't been reported.

The third battle, you will encounter Tyrfing. He is a Myth boss that cheats, big time. BUT he drops crown gear, pets, and level 8 Ultra Pet Snacks at tiers 1-3. Oh, and the Phoenix Treasure card too, of course, but possibly only at tiers 2 & 3. Want details of what they drop? Check below:

Next you have the gluttons, which you can skip by following the recipe that is provided for Hunter's Stew (personally I never touch the stuff) OR you can feed them fish bones or veggies which will result in a battle that most likely will net you Ultra Pet Snacks.

Last on our list is the Wretched Elexorien. He also drops crown gear, pets, Ultra Pet Snacks, at tiers 1-3. Its is possible that he does not drop the Phoenix card at tier 3. He hasn't been recorded as doing so at any rate. I repeat myself, but the links below will help you check out what loot he might give you:

And now you've finished Winterbane, victorious, right? Well, no. After the Wretched Elexorien there are two more battles, Jotun and Eirikur Axebreaker. Both cheat and both drop crown gear, pets, and Ultra Pet Snacks at Tiers 1-3. They supposedly don't drop Phoneix Treasure Cards but Eirikur Axebreaker is known to drop an exclusive pet - the Coldfire Dragon that looks just like him and gives an item card called Eirikur Axebreaker. So you just might want to stick around and give him what for.

So, there you have it. There's some good huntin' at Winterbane Hall! 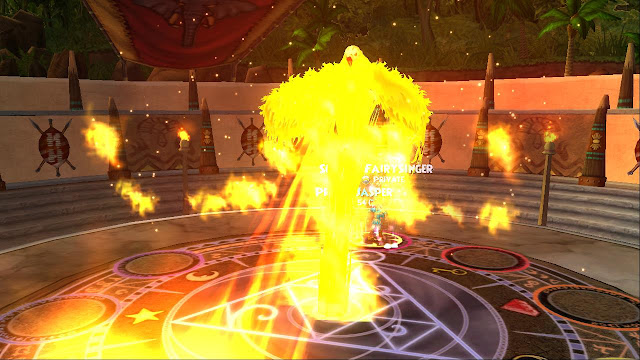