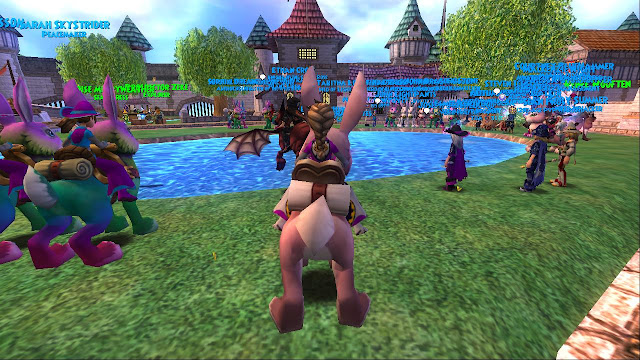 Hippity-Hoppy Easter everyone! I got a lot to cover and want to get to my Easter Dinner before it is cold so I'm gonna try to be brief!

This was our first time attending The Wild Fam's Eggstravaganza. I searched but couldn't find a link to a blog, I think they are only on YouTube and Twitter. I'm not very familiar with the hosts obviously, but had heard about it at Edward Lifegem's Bunny Run so decided to show up last minute. Dezzy was really looking forward to checking out the Fashion Show (of course she was lol) but we couldn't find any specific schedule of events and never did find out a time for it. It may have been in the posted video but It is really really hard to get an internet signal here in The Spiral, even the Twitch feed was refusing to load yesterday. Savvy called Dezzy and I away to a last minute Birthday Party - or maybe it was aposta be a surprise? Not sure, I was surprised lol. 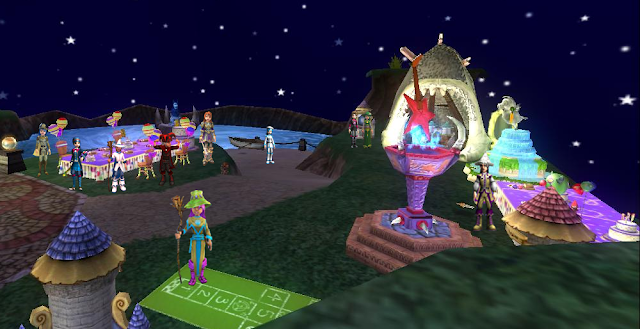 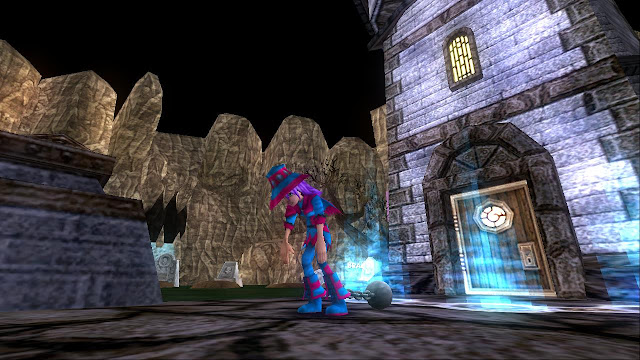 The ol' ball and chain. Funny, it is. However, with -60% speed it isn't at all practical so I have mixed feelings about it. It is hilarious for use while farming Nightshade, I swear sometimes I FEEL like I'm chained to that place. I wish Jade Oni had the same drops as Nightshade for a little bit of variety in bosses to farm. The Ball and Chain Mount is "only" 1750 crowns, so if you're swimming in crowns might be well worth grabbing just to collect all of the April Fool's day mounts since enrolling in Ravenwood. I can't recall if they are only available for one day or a few days, but either way, if you're going to get one, you'd best grab it ASAP! I have to say, I was quite disappointed to see that there wasn't an April Fool's Day pet this year.

Also don't forget the April Fool's Day fish. I spotted it swimming in ponds a couple of days ago so it isn't today only, but again, I can't guarantee how long it will be around before it swims off. 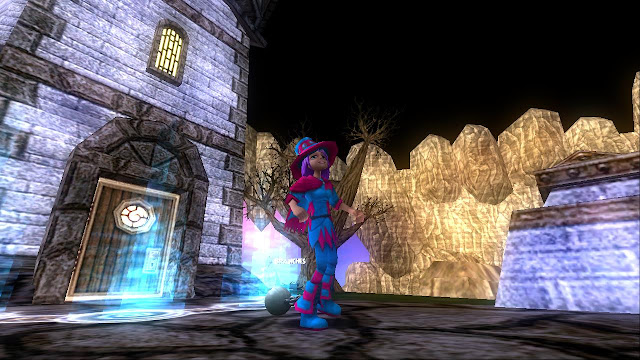 Not those kind of trolls unfortunately. The trolls that swarmed the Eggstravaganza yesterday made the trolls above look harmless. It is really disappointing to see such behavior in The Spiral. The trolls were protesting Edward Lifegem's presence and were more than willing to put a damper on somebody else's event. Just shameful behavior, seriously, and I'm glad that Kristen Wild did not let it spoil the fun, reminding everyone that we were given ignore buttons for a reason. Is it just me or is the report button missing? Would have loved to report the trolls but my only option was to ignore them.

It is unclear if these trolls were just spreading malicious rumors to trash Edward's reputation or had really been duped by someone. It wouldn't take a brain sturgeon to make their name the same as a trusted community leader and trick naive kids into giving up pertinent information. I don't care if Ambrose himself asks for your password, never ever tell anyone! Even if these people were wronged by someone impersonating Edward, to crash somebody else's event like that was just appalling, chalk it up to a harsh life's lesson and move on. Seriously.

So glad I was going to be brief LOL. I bet my food is cold, dang it. Enjoy your day, and stay safe. I guess Internet Safety Reminder bears repeating - Never EVER share your account info with ANYONE!

Posted by Scarlet Fairysinger at 10:00 AM