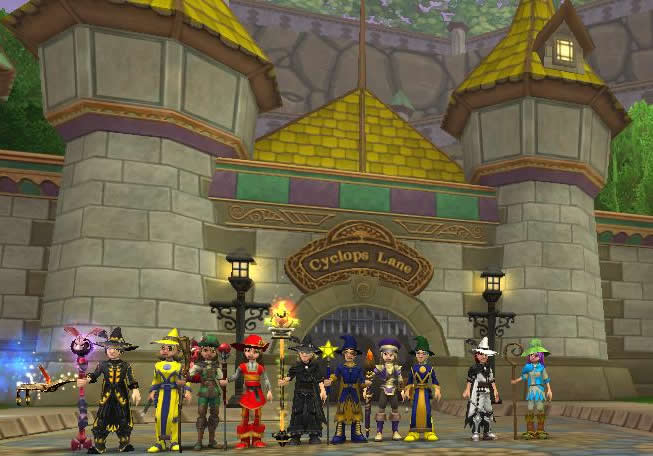 Here's our group pictured in front of Cyclops Lane, where we will be questing next week - but I'm getting ahead of myself!

I can't take credit for this - nor am I trying to! This was started by Edward Lifegem from Around the Spiral and Autumn Dreamwalker from Secrets of the Spiral and I am happily participating. The concept is simple - little wizards gathering to quest together. You would think that a large group questing together would be difficult - communication can be challenging sometimes. Edward and Autumn host a live stream on Twitch, and Autumn created a friend chat so we could ALL talk together easily.

The questing is fairly fast paced admittedly, HOWEVER, Edward and Autumn are very conscientious of making sure that no one gets left behind. It can be hard to keep track of a large group but you just have to speak up, don't be shy!

I missed out last week, Savvy and Val kidnapped me for a family function and I didn't manage to escape until the group was winding down. Luckily, I'm not a brand new newbie wizard. Windbreaker and I did manage to finish Stormdrain Tower before he got tired of questing. It won't be long before the group is caught up to me. In fact, I hadn't done the quests for Kraken yet and got to do that tonight, and I'm fairly sure that I haven't finished Colossus or Crab Alley yet, I'll need to double check! 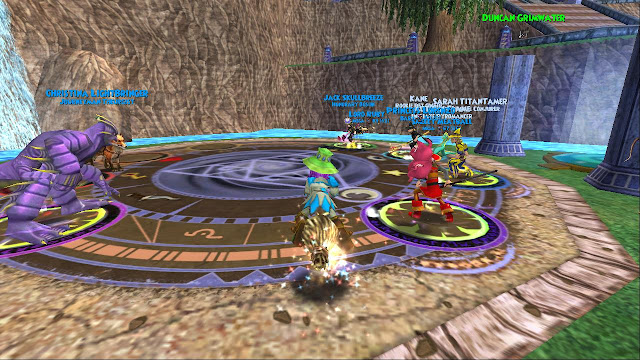 The group had left off last week at Blad Raveneye, who wanted us to defeat Scarlet Screamers in search of Lumina Crystals! We tracked down the crystals, defeated the Harvest Lord, and saved the mill! 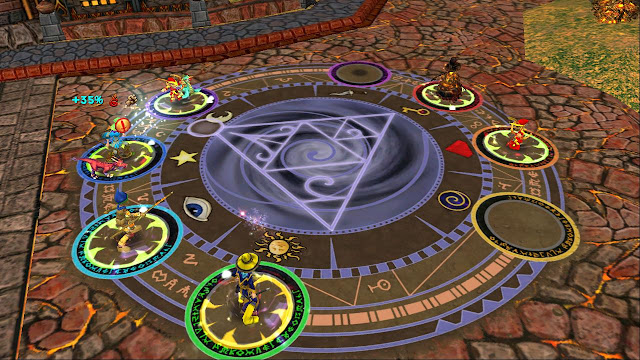 Need Fire Elves? Magma Men are everywhere! Then we need Magma Men and there's suddenly an army of Fire Elves in the way LOL! Ironically, after all those Fire Elves while questing yesterday I need to defeat a Fire Elf Hunter for the Gravulum Order today! *Screams* LOL. We also defeated Bastilla and Alicane which finished the main quests on Firecat Alley.

Anyhow, is great, great fun with a wonderful group of people! And it is open to anyone who wants to join. We meet on Tuesday evenings 6 Central / 7 Eastern in the Kelvin Realm - I'm pretty sure that it is always the same realm. The Twitch stream can be found at twitch.tv/edwardlifegem.

For the most part, we will only be doing the main storyline quests as a group and then the side quests on our own. I still have those to finish up before next week. EEK!

Posted by Scarlet Fairysinger at 1:40 PM