So Many Possibilities in Mirage 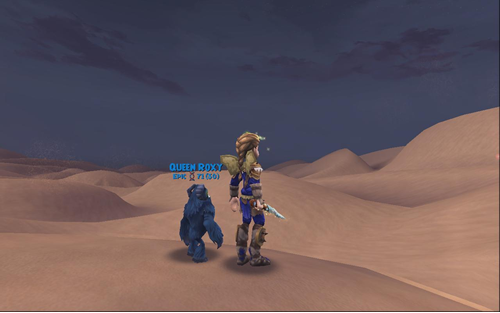 A whole new world, with new horizons to pursue. Where have I heard that before? Hmm, Anyhow - Mirage! It is as vast and wonderful as it looks. Beautiful vistas and new companions, strange new creatures, and sand dunes that you can explore without tripping over tree roots or getting stuck on cracks in the sidewalks. And the crafting? Yyeahh. As you can see, I'm still sporting my Khrysalis gear. On a good note, I think I'm quite content with the fact that I'm not wearing Polarian clothing. I would be so overheated it wouldn't even be funny. 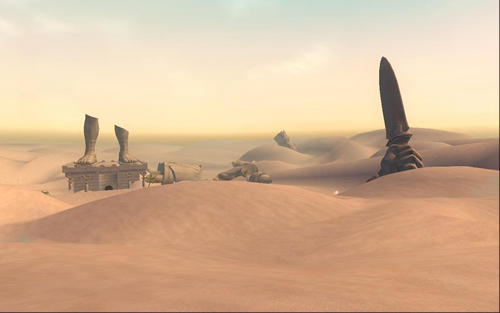 I have now met my favorite companion by far. That bug thing that followed me around Khrysalis was just creepy. I half expected it to devour me at any given moment. I never quite figured out if Ivan was a crazy stalker or a KGB agent that was attempting to blend in yet failed miserably. I really don't want to give too much away but seriously, how sad is it that a floating, talking, decapitated dead guy is less creepy than a giant bug?

Not all of Mirage is a desert wasteland filled with ruins. The locals describe the city as being neglected and practically abandoned when most residents fled to avoid the gangs of thieves that had taken over. Yet the area is way cleaner than you would expect to find. Honestly I thought it would be like a combination of Marleybone and Krokotopia - where even the litter was sand covered. Granted, the palace would have the best view in all the city, but see for yourself, the following picture was taken from the palace's balcony. 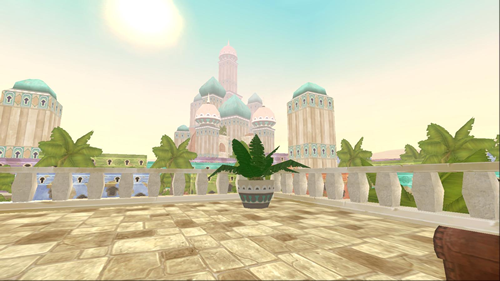 There IS a new crafting badge and wands that we can craft. I haven't had much luck finding the new reagents. It's been next to impossible to drag Savvy out of The House of Scales here lately to go explore Mirage as much as I had hoped we would. There are some really cool statues that we can craft too, but again - the new reagents are hard to find at times. I'm still holding out hope that when we have full access to Mirage we'll find some new gear that we can craft. I'm afraid that it isn't looking very promising though. My closet is getting very hungry for new fashions, and for some reason it keeps calling me Seymour.