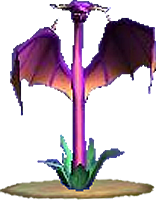 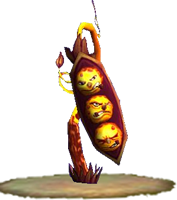 Last week Dezzy mentioned that Storm wizards will need both Stormzilla and Triton Treasure Cards in order to craft the gear from Sudrilund, Grizzleheim. If crafting the Storm Celestia clothing, you could need as many as 17 Stormzilla Treasure Cards, depending on your chosen secondary school. If you are one of those wizards who prefer to let your garden gather the Treasure Cards that you will need for crafting, my news is not the greatest.

So if you are a glutton for punishment and think that getting the Ultra Dandelion seeds in the first place wasn't enough of a challenge, go ahead and plant those bad boys. I've grown 3 cycles of Ultra Dandelions so far and have received 7 Stormzilla cards for my 30 days of effort. Yup, gardening for Stormzilla Treasure Cards is definitely not for the weak - but no one ever accused Storm wizards of being weak. Well, if anyone has they prolly didn't survive the experience, hehe.

The information that I have regarding Gardening for Triton Treasure Cards, is a tiny bit brighter. First of all, you only need 4 Triton cards to craft the Grizzleheim gear. The seeds are almost kinda sorta easier to get than Ultra Dandelions. You DO have a choice at any rate. Evil Magma Peas, Maelstrom Snap Dragons, Maltese Tiger Lily, and Sour Fickle Pickle are all said to produce Triton Treasure Cards. I can't swear to this for a fact.

I just finally amassed 10 Evil Magma seeds and am growing my first full plot in order to collect data for you guys. I gotta say though, I've only had 2 regular harvests with them so far and have collected 3 Triton Treasure Cards already. Those just might be your best bet. Windbreaker reluctantly gave me the names of 23 creatures that drop Evil Magma Peas claiming that is far from a complete list and that tracking down more sources of Evil Magma Peas IS on his list of priorities. I admit, it is a very long list and almost don't blame him for being a bit overwhelemed with the amount of data he needs to collect for his area - BUT don't tell him I said that!

I have not managed to grow any Maltese Tiger Lily as of yet. To be honest, I'm not even sure if I have 10 seeds stashed away in order to grow a plot of them. There are so many plants to try and only so much energy for it. Many of the residents are even pitching in, thanks guys! Heck, Dezzy is currently growing Golden Couch Potatoes, Emma has planted Ultra King Parsley, and Ghost is growing regular King Parsley. Ghost is actually growing King Parsley to gather reagents for crafting her Sudrilund gear when she is big enough for it, but has been kind enough to add to my information banks for me while she is at it.

Last, but not - well maybe they ARE least. Sour Fickle Pickles have been rumored to give Triton Treasure Cards. I've grown 3 cycles of them - 10 plants for about 35 days. I haven't seen a single Triton card, not a one. The seeds are hard to come by, Windbreaker currently only knows of 10 creatures that drop Sour Fickle Pickle seeds. I really wouldn't recommend growing this plant in hopes of harvesting Triton Treasure Cards.